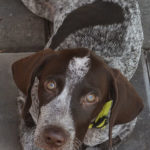 Finch is adopted! We rescued this darling young pup a short time ago after he had been surrendered to a vet with parvo. Luckily, the vet was able to get him through what turned out to be a mild case of parvo and back to 100% health. He has now joined his new family which includes a Springer Spaniel sister – the two of them are already in love! Something tells us Finch has a great life ahead of him! A big thanks to Priscilla and Phil and Angie and Bob for fostering this little guy so he could find […] 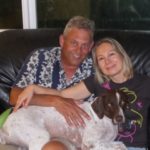 Beautiful Bella has been adopted! When Bella first entered our foster care, she was extremely shy and withdrawn. Thanks to the love and patience of her foster home, she was able to come out of her shell far quicker than we hoped…and right into the hearts of her new family! She has found the perfect forever home for her where she will be loved and continue to gain confidence each and every day. Have a great life Bella!  Thank you to Dalia for being a superstar foster mom to Bella! Adopted August 2014 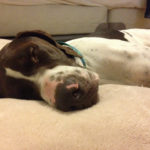 Dash has dashed right into his forever home! This handsome young guy stole the hearts of his new mom and dad right away. Are you surprised? With those good looks and his fun personality, they never stood a chance! Congrats to the whole family!  Thank you to Claire and Aaron for fostering Dash and giving him a second chance at a happy life. Adopted August 2014 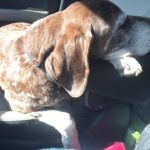 Dallas Novak was adopted on 2/2/02 when he was 3 or 4, and was with our family for 12 1/2 years more years. He was a special beastie, and will be wagging his tail in my heart for a long time. Thank you for all you do to find forever homes for these sweet dogs. -Alessandra and family 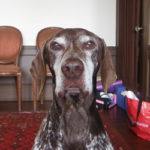 Ernesto came to us (his third family at least) as a foster named Dougal. The small guy had Arthritis and could barely stand, was nearly blind, effectively deaf and had other medical issues, but always followed like a duckling when someone headed to the kitchen. Appetite wasn’t ever a problem. He never bit, growled or attacked. We re-named him Ernesto (since he was deaf and wouldn’t notice). Ernesto had a strange affinity for vigorous forehead and chin rubs that left little gray German Shorthair bits of beard all over our hands and clothes. He had some oddball characteristics that we’ve never seen before. Walks-Rather than […] 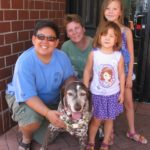 Cyrus is adopted! This handsome senior fellow found a wonderful forever family who wanted to adopt an oldie just like him. He has two new human siblings and a senior lab sister. What could be better for this silly senior boy? Cyrus is the perfect addition to the family!  Cyrus was in our foster care for over a year, as sometimes happens with the seniors. Thank you to Cathy and Marlene for fostering Cyrus until he found the family that was just right for him! Adopted August 2014 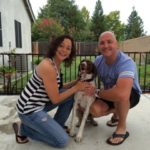 Hagrid is home! This playful young boy found the forever family he was searching for – and who had been searching for him, too! After two great meet and greets with Hagrid, his new family just knew he was the one. Congrats to Hagrid and his Muggles! Adopted August 2014