One of our adoption team volunteers and his partner were considering adding another dog to their pack. They’d gone from having three dogs to two dogs, and then to just one, in about a year. Their senior Golden Retriever, Daisy, seemed to be slowing down without any canine companion. When they saw the foster request go out for 10-year old Abbi, they thought they should give her a chance. Abbi’s first day in the new home was a bit scary for her, but on day two, she began teaching the rest of the household what she expected of them. By the second week, everyone had adapted to each other’s quirks and preferences, and it became clear that Abbi was a keeper. Thank you, John and Tom, for fostering and adopting Abbi. 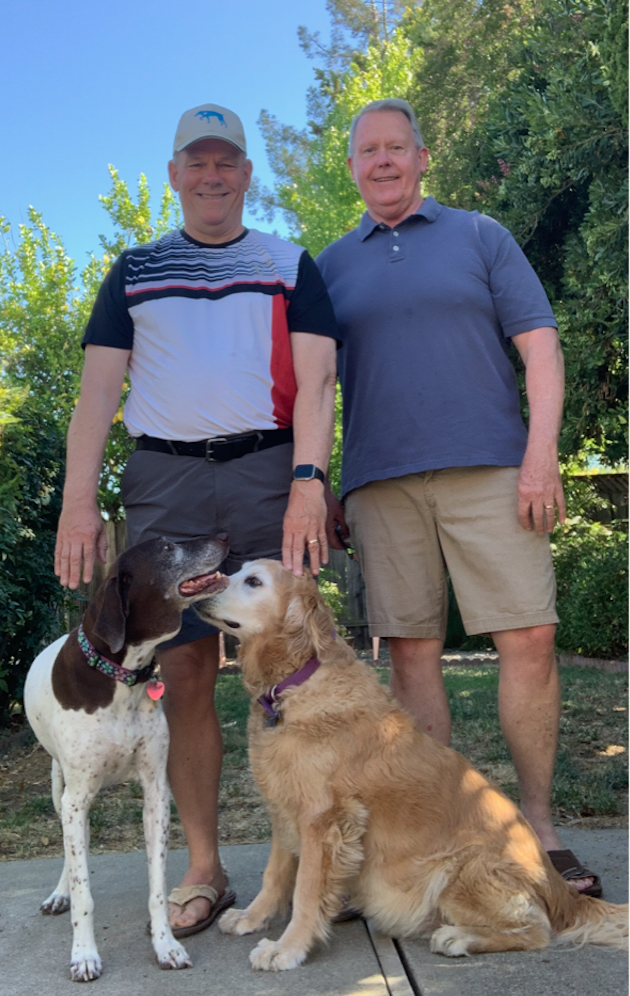