When we sprang Flaco from extended shelter confinement, this sensitive GSP’s anxiety had reached a near-manic level of fight-or-flight. The poor boy needed time and attention to recuperate and feel safe enough to show his true colors. Anne and Brad did a fabulous job of fostering him, with lots of help from a trainer and other members of our rescue team. When a potential adopter saw Flaco’s photos online, he felt confident that he and his wife could provide him the perfect home. They had raised several GSPs and were sure they could continue to guide Flaco in positive directions. It meant patiently waiting until Flaco was ready for another transition, but the high level of commitment by all the humans in Flaco’s life enabled him to find his way home at last. Now he has a bright future with two doting parents, daily walks on the beach, and a big yard for ball chasing and critter stalking. Thanks to all who helped Flaco along the way, and thank you, Chip and Kareen, for adopting this beautiful dog. 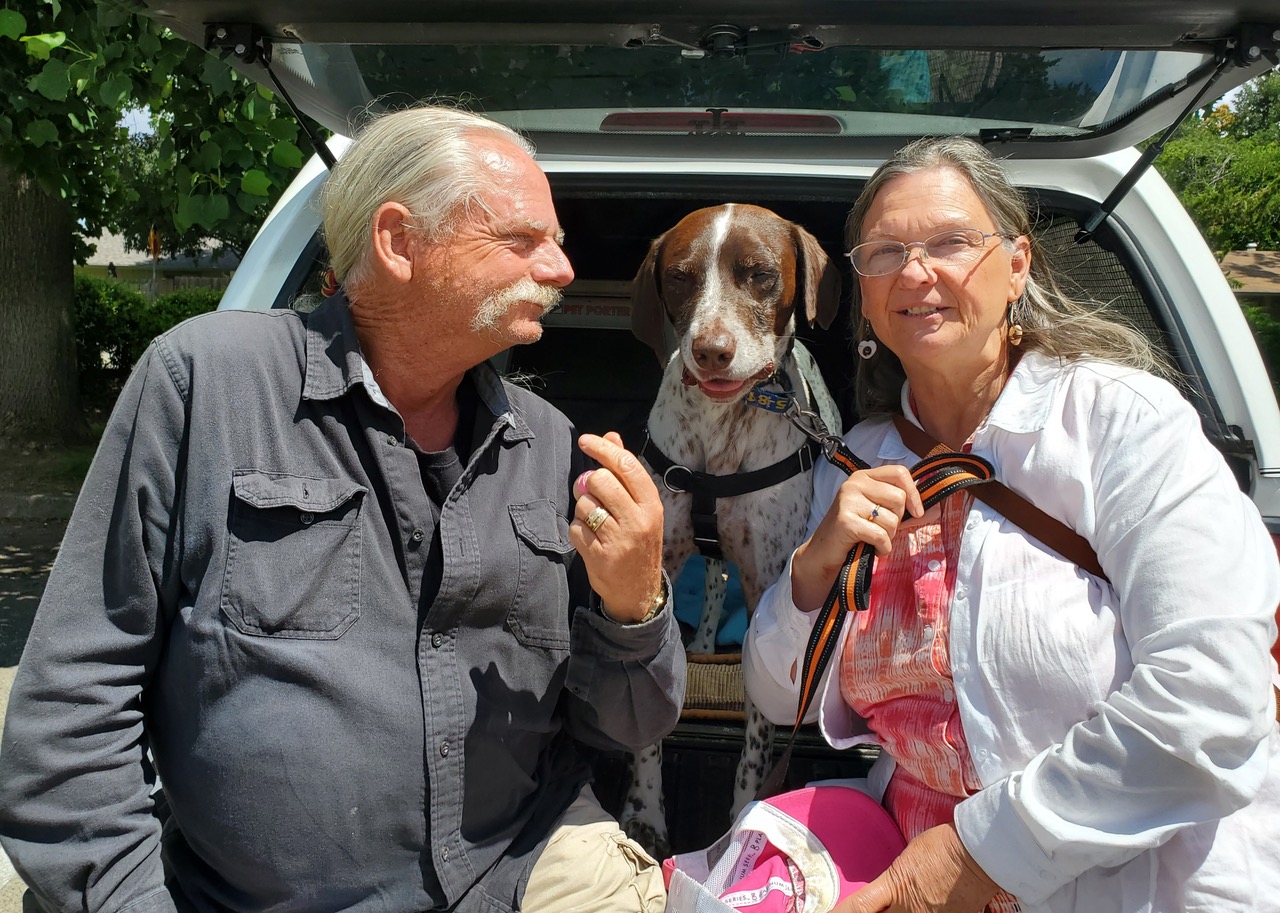