Koby is a young GSP/Wirehaired Pointer mix who was surrendered to us from an unfortunate situation. He’d been living outdoors and arrived covered with ticks, as well as under-socialized. We placed him in a dog-savvy foster home, where he got along well with a small-breed canine brother. Koby met every new challenge with the determination to learn and fit well into his new pack. He blossomed quickly and soon became his dad’s shadow. Thank you, Maria and Nicolas, for fostering and adopting Koby. They renamed him Kenobi “because the GSP force is strong with this guy. 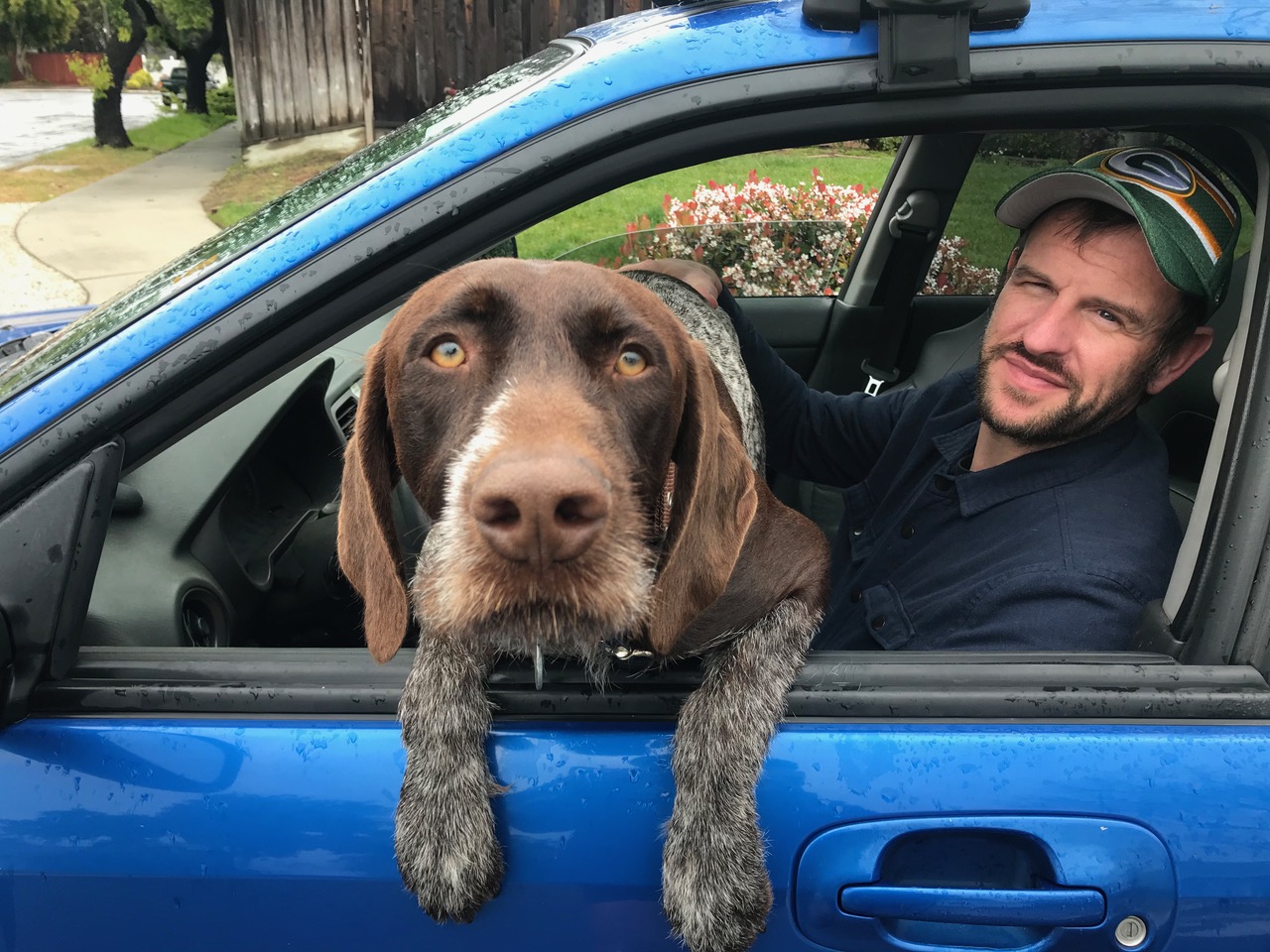