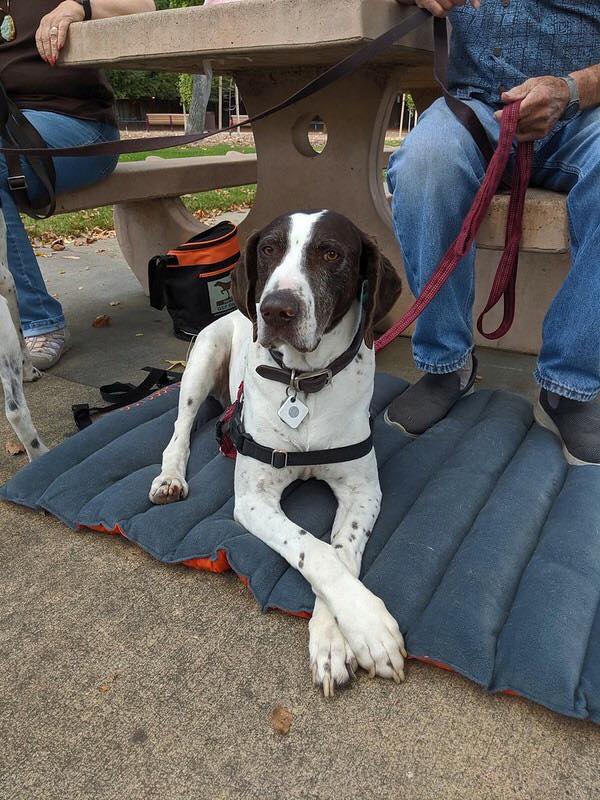 Our hearts are broken … sadly we lost our boy Guy. He came to us as a foster when 18 months ago several other GSPs joined the rescue. He had been chained up with another dog without regular food or water and came in with dog bites, fly strikes bleeding on the backs of both ears, a deep open cut above his knee, a neck growth caused by an embedded collar, and 100% deaf in his left ear. We thought it would be short term, but as time went on and the other younger dogs were adopted, we fell in love with him. He was such a gentleman and what a soft talker – he never barked. NorCal GSP sent him to UC Davis for veterinary care and specialist exam. They confirmed he had a severe spinal injury caused by being hit by a car several years prior and at anytime a wrong slip could cause paralysis, which happened six months ago. We built ramps and walked him upstairs like a wheelbarrow. He went everywhere with his wheelchair. Lyla was his big sister. Sadly, his condition recently progressed to where he was in pain and we had to let him go. He was a true gem and is missed so. 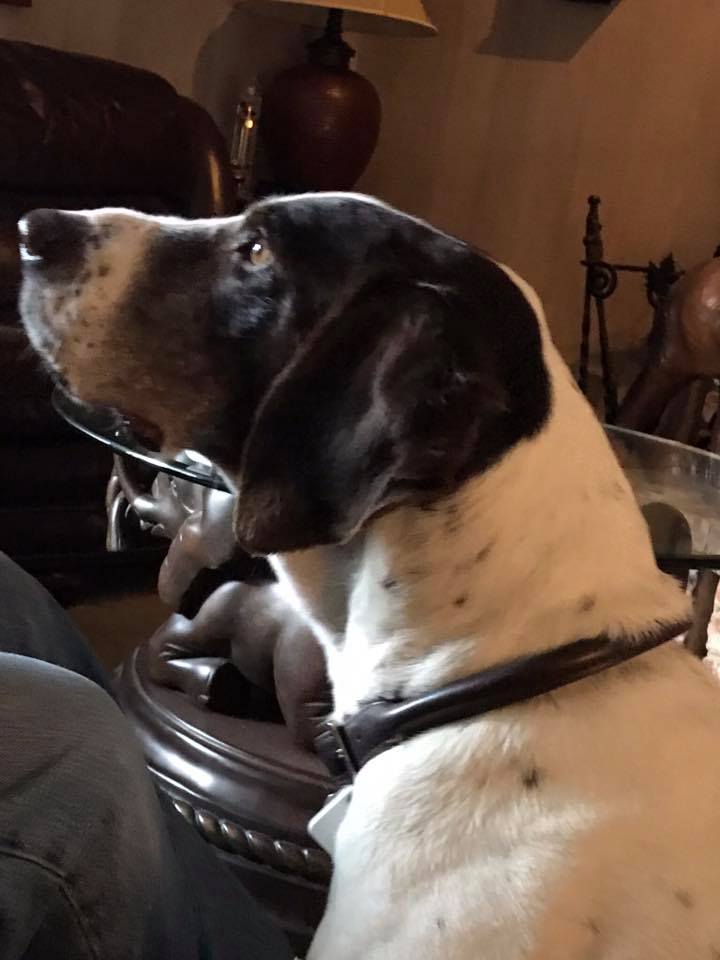